This weekend, Sridevi died of a heart attack. We lost an icon. For many of the women of my generation, she represented our younger years and the transition to adulthood.  For those of you who are unfamiliar with Sridevi, she was the first female superstar in the Hindi-film industry better known to the world as Bollywood.  In Indian films, the stories are driven by male characters or heroes and often experience poor box-office sales without the strong or favored male hero.  Sridevi needed no hero to sell a film. She was a powerful woman, immensely skilled and led the way for the women who came after her.   As an Indian woman, I am very affected by her death.

I am a Malayalam-speaking girl from Kerala, India who grew up watching Hindi-language films in America.  When I was a painfully shy and confused pre-teen and teen, it was Hindi music and movies that gave me solace and confidence.  Sridevi was a significant part of the movies I watched and the songs I listened to repeatedly. When she was on the screen, she completely captivated me.  Her songs from Chandni and Lamhe, are still among my favorites.

During my time in India last year, I was working on improving my Hindi, so I downloaded some of the songs and dialogues from Chandni to listen to during my morning walks.   Sridevi’s Hindi film debut was for the movie “Julie” in 1975. While I have watched that movie a few times, I have listened to the songs hundreds of times. I cannot even count how many times I have listened to the songs from Chandni and Lamhe.  Her films literally span my entire life and Sridevi is just as relevant now as she was in my childhood. I am such an Indian woman that I cannot imagine my identity without the Hindi songs of my youth. This weekend I have been listening to many of her older songs and thinking about the first time I saw them.

Although, I have never met her, I mourn her loss.  We will never get to see another movie with her. Peppered throughout the weekend were the thoughts of mortality looming for all of us.  Sridevi was only ten years older than me.   I certainly know firsthand how quickly life changes.

From now on, as I listen to Chandni, I will see Sridevi in that role eternally but I will also take it as a reminder to take joy in the life and the blessings I have.  I urge all of you to do the same. 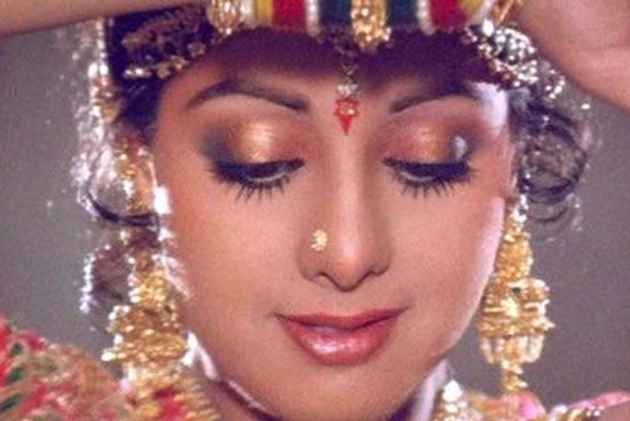